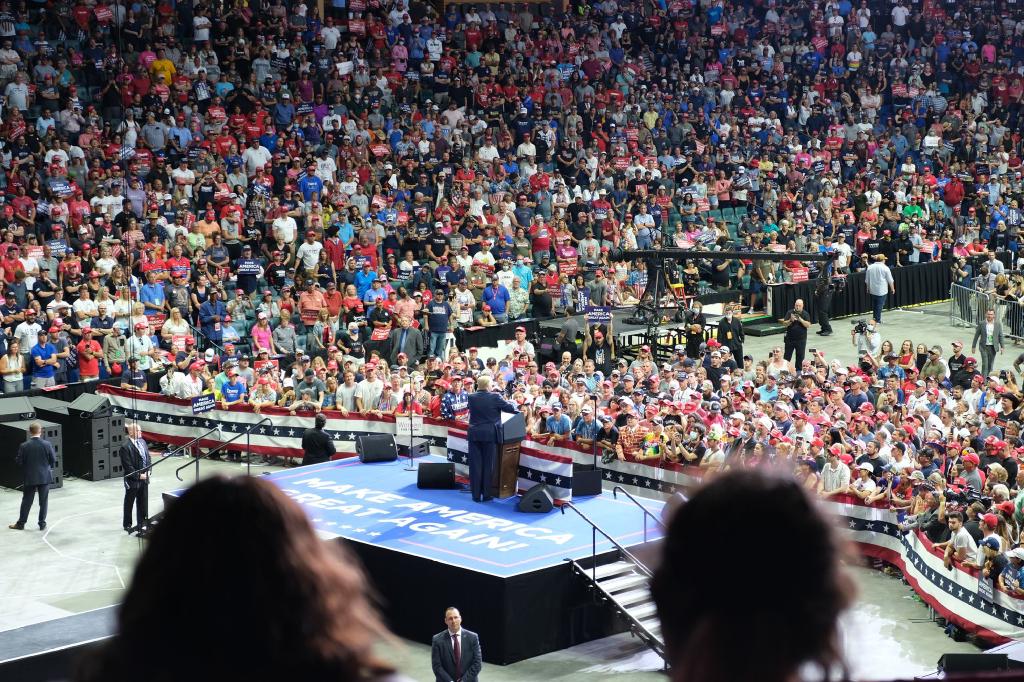 The Taliaferro Times had journalists on the ground around Tulsa on June 20th, 2020 as Trump’s presidential campaign carried out his first rally since the beginning of the COVID-19 pandemic. Our full analysis of yesterday’s events are coming soon.

A volunteer medic hopping off his bicycle near a group of other medics.

Protesters near the final police line. Only rally-attendees and press were allowed past this point.

An array of pro-Trump flags.

Inside the BOK Center before speakers began speaking.

Tulsa Sheriff Vic Regalado speaking passionately about the need for law enforcement and insisting on due process for officers accused of crimes or maltreatment.

Eric Trump and Lara Trump leaving stage after speaking at the rally.

President Donald Trump approaching the stage before his speech.

President Donald Trump speaking at his rally in Tulsa, Oklahoma.

Adams Apartments. Visible to rally-goers as they exited. “BIDEN” and “BLM” throughout windows.

All photos from June 20th, 2020 can be found in JPG and RAW formats at https://archive.org/details/trump-rally-tulsa.